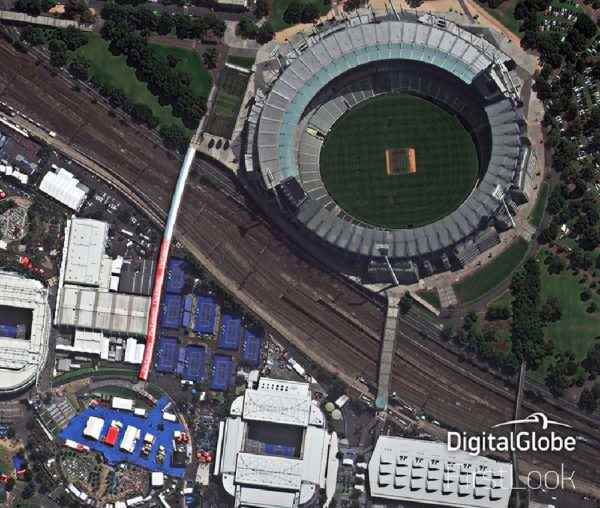 At the time of its launch, GeoEye-1 was the world’s highest resolution commercial Earth-imaging satellite. GeoEye-1 was manufactured in Gilbert, Arizona, by General Dynamics and the first image was returned on 7 October of Kutztown University in Pennsylvania.

This agile satellite has a revisit capability of 1-3 days depending on latitude. The satellite simultaneously captures 0.46 metres in panchromatic mode (black & white) and 1.84 metres multispectral (colour) digital imagery.

GeoEye-1 offers geolocation accuracy of three metres (CE90 (measured)), which means that customers can map natural and man-made features to within 3 metres of their actual location.

The GeoEye-1 satellite sensor features the some of the most sophisticated technology ever used in a commercial remote sensing system. This sensor is optimized for large projects, as it can produce over 350,000 square kilometres of pan-sharpened multispectral satellite imagery every day.

GeoEye-1 orbits at an altitude of about 681 kilometres and is capable of producing imagery with a ground sampling distance of 46 centimetres, meaning it can detect objects of that diameter or greater.