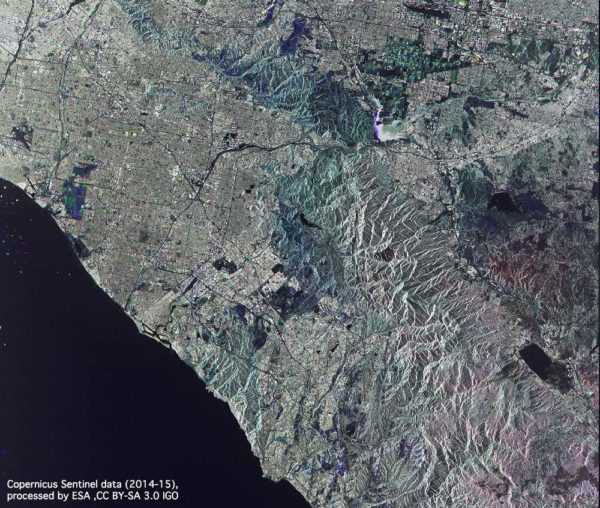 Sentinel-1 is the first of the Copernicus Programme satellite constellation conducted by the European Space agency. It is a two satellite constellation (Sentinel-1A and Sentinel-1B) with the prime objective of Land and Ocean monitoring. The constellation comprises of two polar-orbiting satellites, operating day and night performing C-band synthetic aperture radar imaging (SAR). This enables Sentinel-1 to acquire imagery regardless of the weather. Sentinel-1 works in a pre-programmed operation mode to avoid conflicts and produce a consistent long-term data archive build for applications based in long time series.

The C-band SAR has a spatial resolution of down to 5m and a swath of up to 400 km. The constellation is on a sun synchronous, near-polar (98.18°) orbit. The orbit has a 12-day repeat cycle and completes 175 orbits per cycle.

The goal of the mission is to provide C-Band SAR data continuity following the retirement of ERS-2 and the end of the Envisat mission. To accomplish this the satellites carry a C-SAR sensor, which offers medium and high resolution imaging in all-weather conditions. The C-SAR is capable of obtaining night imagery and detecting small movement on the ground, which makes it useful for land and sea monitoring.